New Artwork in the Library 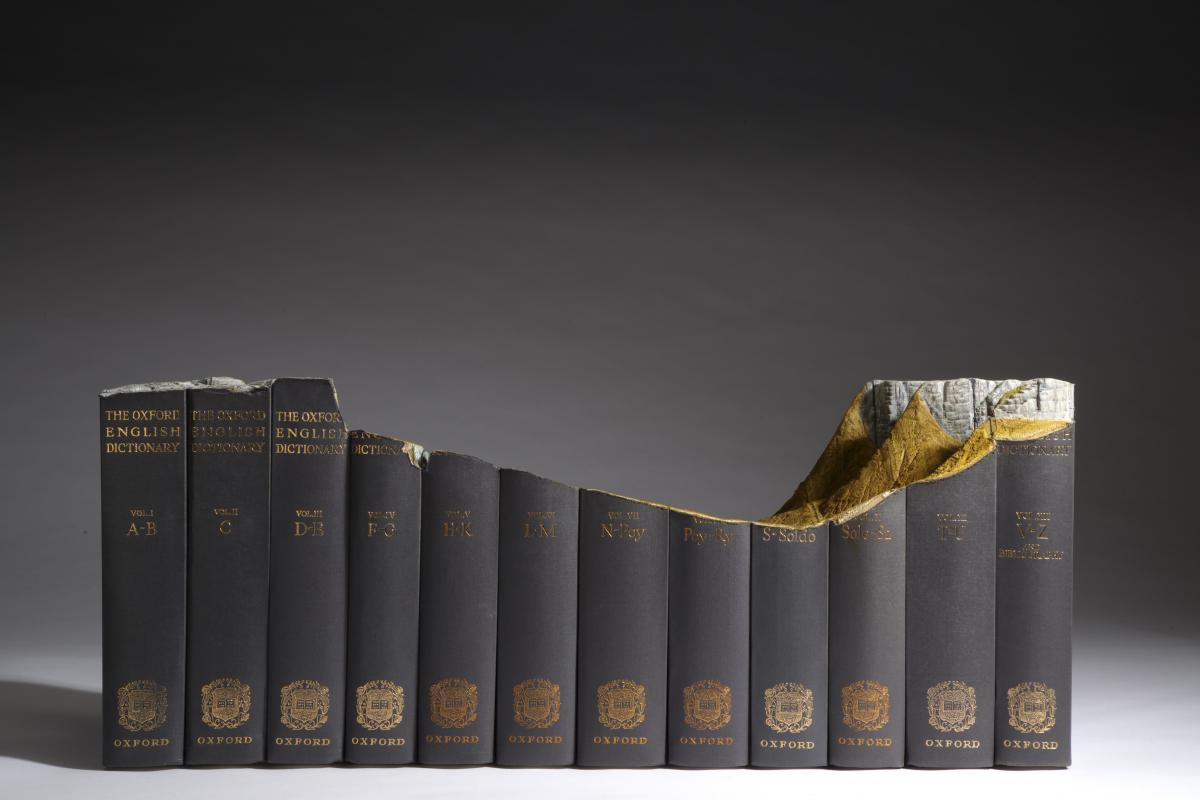 To commemorate the 50th anniversary of the University of Toronto Mississauga (once called Erindale College), the UTM Library commissioned a sculpture by world-renowned artist, Guy Laramée. The piece was made possible through the UTM 50th Anniversary Legacy Fund, which was “established to support initiatives that showcase UTM’s legacy for future generations, contribute to the vibrancy of the UTM campus and celebrate its history and future”.

Laramée, a Montreal-based artist, creates exquisite landscapes and architecture out of books, ranging from single books to large volume collections. The UTM Library’s piece was sculpted out of a 12-volume Oxford English Dictionary set and was inspired by "some of the landscapes of the 'Chapada dos Veadeiros’, a highland tropical savanna with numerous peaks and canyons, near the town of Alto Paraiso, in the state of Goiás, Brazil” (Laramée, 2017).  Interim Chief Librarian Shelley Hawrychuk explains that procuring “a piece of art, which represents the campus and what we are and do in libraries would be perfect. We wanted to have something in our library that would last well beyond us.”

The artist is not new to working with academic libraries in creating his sculptures. He has also produced Dictionary Salvat (2016), a carved encyclopedia set that is housed in Michigan State University Libraries’ Special Collections. As Laramée’s primary medium of choice is the book and the general meaning behind his work deals with the evolution of culture and knowledge, his artwork is well suited to libraries.

The piece can be found on the main floor of the Hazel McCallion Academic Learning Centre and will be a permanent addition to the Library.